We have been fortunate to have a pack of wild dogs (which is currently the second most endangered mammals in Africa) den close to the lodge. This has resulted in us spending most days getting to know the pack as we encounter them on a daily basis while out on safari. On one particular day, we had new guests arrive at the lodge and they had never seen wild dogs before. We knew we would see them during their stay but decided to start off their safari with a bang and headed to the den to see if there was any activity. Upon arrival, our guests were delighted to see the pack and we spent some time watching and talking about these beautiful creatures that were lying around under the shade and having an afternoon siesta. After some time viewing them we were about to head off in search of other animals when one of the adults emerged from the shade and headed to the den. After making a few noises in the den, 7 of the most beautiful (roughly 3-weeks old) wild dog pups made their appearance and interacted with each other and started to suckle on mom before heading back down the hole. Needless to say that the rest of the game drive we spoke about this unforgettable sighting and the amazing images we all managed to capture.

Below are some of the images as well as a video of the special sighting: 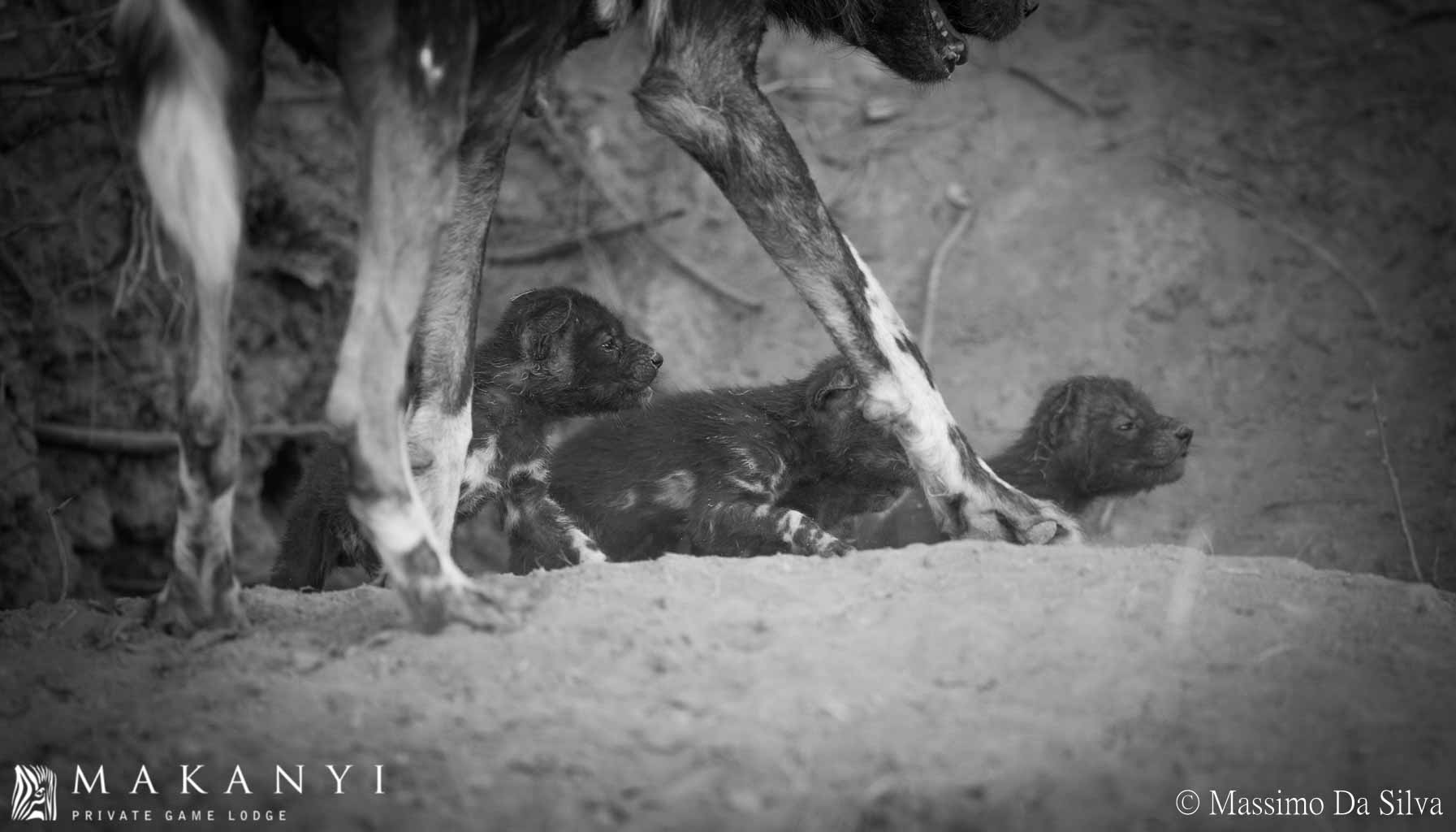